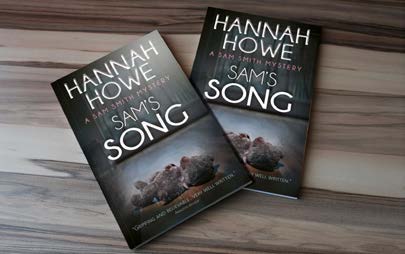 During the summer of 2014, I had an idea to write a private detective novel. I outlined the main character, a female narrator with a wacky sense of humour who lived and worked from a houseboat. The initial idea made me laugh, but then I realised that the character was too light-weight and didn’t really appeal to me. I was about to abandon the idea when I swivelled in my chair, looked up from my notepad and a little voice inside my head said, “Why don’t you write about me?” 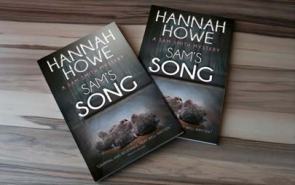 That voice belonged to Samantha Smith. I don’t believe in ghosts or harbour fanciful notions about ‘inspiration’ – writing is a craft that requires dedication and discipline – but Sam appeared to walk through the wall, a fully-formed character. Within a finger click, I knew her name, what she looked like, and her background. It was a magical moment. I’d found my narrator, or more accurately, she’d found me.

So, I had Sam. I knew where she worked from – not a houseboat at this stage, but events would take her there – and her family history. But what of the other people in her life? A relationship strand to the story seemed like a good idea and so I created Dr Alan Storey. The humour element remained important, therefore enter Sam’s mentor, Detective Inspector ‘Sweets’ MacArthur. Sam was a loner at the start of the series, but as the stories progressed a number of regulars joined the team: Sam’s friend and colleague, Faye Collister, a beautiful woman with a troubled past and chronic OCD; Mac, a heavy with a heart; and later, Blake, a man who combines the renaissance with the Neanderthal, plus many others. 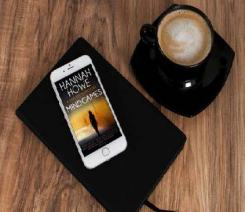 With Sam in place, I needed a story idea. So I wrote a list of potential subjects. Music topped that list and the initial story developed into Sam’s Song, a book that’s reached the #1 position on the amazon.com private detective chart on six separate occasions. My idea was to write a one-off novel. However, two-thirds of the way through the writing of Sam’s Song I realised that Sam had the potential to be a series character. Thirteen books later, she is fulfilling her potential and has developed substantially as a character.

The mystery genre has always appealed to me, hence my decision to write mysteries. However, I knew from the outset that the mystery element within my stories would be one strand. The relationship element would be the second strand and the third, and arguably most important strand, would be the emotional strand, based on psychological problems and sociological issues. This third strand is the starting point for all my stories and represents their heart. I have written about domestic violence, alcoholism, drug addiction, eugenics, delusions, schizophrenia, suicidal tendencies, rape, OCD, phobias, obsessional behaviour, depression and many other subjects. The Sam Smith Mystery Series is about mysteries, but it is also about individuals in crisis and finding ways to help them through that crisis. With fair weather and good fortune, I hope to write forty books in the Sam Smith Mystery Series.

To date, I am a third of the way to that target. It has been an exciting journey so far with 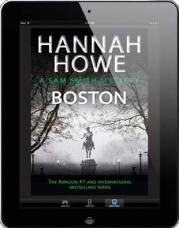 sales beyond my expectations, audio books and translations. I have made friends amongst my fellow authors and received warm words from my readers. Sam has served me well. I love her as a character and feel that I know her as well as I know any person.

The first thirteen books in the Sam Smith Mystery Series have been great fun to write. Sam will return later this year in Boston, book fourteen in the series, my homage to the American private detective novel and the late Robert B. Parker. The Devil and Ms Devlin, and Snow in August will follow.

My books are available in paperback, eBook and audio book formats from all major retailers. If you haven’t done so already, please check them out, and thank you for reading.

by Hannah Howe, author of the Sam Smith and Ann’s War Mysteries, and Saving Grace, a Victorian mystery based on a true story.

Grab your FREE copy at following