Halloween is one of the oldest festivals that is still celebrated in different parts of the world. It is a fun time for kids and adults with many activities. After Christmas, it is one of the most popular holidays. There are millions of people around the world who celebrate Halloween every year without knowing the origin and history of this festival. The history, myths, 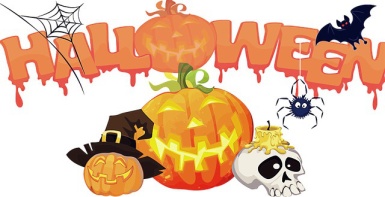 and facts about Halloween make it an even more fascinating holiday.

Most people think of Halloween as a time to have fun, put on some costumes, go for trick-or-treating and enjoy in the theme parties. However, there are still some people who think that it is the time to meet ghosts, evil spirits, goblins and reveal all the superstitions. This is the reason that they would avoid everything bad at all costs. Regardless of the Christian’s debate on the holiday, there are many people who think that celebrating Halloween has nothing to do with participating in any kind of evil holiday. Halloween today is celebrated without any connections to its traditional rituals and occult. Here we have a little insight into the history of Halloween that you should know about.

Halloween is celebrated on 31st of October every year, which is known as the last day of the Celtic calendar. It is originally known as the pagan holiday, in which the living has to honor the dead. It is famous as the All Hallows Eve and the event has been celebrated in the past 2000 years ago.

The All Hallows Eve is known as the evening before the All Saints Day. It was the event that was created by Christians and it is celebrated in 1st of November. On this designated day the saints of the Catholic church are honored.

Halloween is a very old celebration this is the reason if you will look into the history you will find different types of origins of the event that are related to the old customs. There are some customs that have remained consistent over the course of time and others have changed. Halloween is celebrated in a different way in different cultures but the traditional Halloween practice is still the same.

The original culture of Halloween can be traced back to the Druids, which is a Celtic culture in Ireland. The roots of the event are linked to the Samhain (pronounced Sow-in) feast that was celebrated on the 31st of October in order to honour the dead. Samhain is the sign of the beginning of winter, end of summer or November.

Originally Samhain was a harvesting festival that was celebrated with a huge sacred bonfire. Bonfires were to ward off the bad spirits. Kindling was offered and the bones of animals that had been culled were burnt. Bones of fire became Bonfire.

This time was marked as the end of the Celtic year and the beginning of a new year. Most of the practices at the event were based on superstitions. This is the reason there is no authentic information about Halloween. 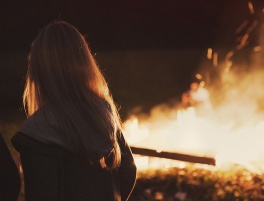 It was the belief of the Celts that souls of dead roam on the streets of the villages at night. They knew that all spirits were not good, so to keep the bad spirits away from their farms and assure that their crop will be plentiful the year, they left treats and gifts on the streets as a distraction for the spirits. This tradition was changed into trick or treating.

During the 2nd half of the 19th century, when thousands of Irish immigrants came to America because of the Great Famine from 1845 to 1852, the popularity of Halloween grew and spread in the USA. By the 20th century, most of the spiritual and religious meaning of the celebration was not. After it reached America the festival was more about the community services and less about scary spirits. In the USA Halloween is known as the 2nd largest commercial holiday after Christmas. Nearly $6 billion is spent every year on Halloween in America.

One of the most famous traditions of Halloween is carving the pumpkins. In the beginning, turnips were used for the purpose and a candle was kept inside them to assure that the bad spirits will stay away from the houses. However, with the passage of time people came to knew that pumpkins were a lot easier to carve, so they started using the pumpkins and also known as Jack O’ Lantern. Every year before Halloween people start carving their pumpkins by removing everything from the inside of the pumpkin and only keeping the skin. After that, they will make some scary faces and keep a light or candle inside it so it will keep even scarier at night.

This originated from an Irish myth about a trickster called who Jack who was known as ‘Stingy Jack’ One night Jack and the devil were having a drink together but Jack true to his name ‘Stingy’ didn’t want to pay for it, so he tricked the devil into turning himself into a coin, but Jack decided to keep the coin for himself and put it into his pocket where he also had a silver cross that prevented the devil from changing back to his form.  Jack 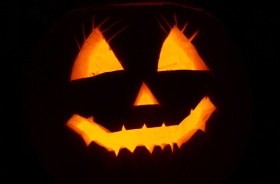 kept him there for some years and eventually let him go, but on one condition, that when Jack dies the devil will not take his soul. The devil oddly agreed.

Some years later they met up again and this time Jack convinced the Devil to go up a tree to pick some apples for him. The Devil obviously not learning his lesson from the first time, agreed and so he went up and picked the apples. Jack, however, carved a cross into the tree which prevented the Devil from coming back down. They eventually came to an agreement that the Devil would not come near Jack for at least another ten years so Jack freed the Devil.

When Jack eventually died, he was not allowed into heaven so Jack went down to hell and met with the Devil once again. The Devil kept his promise though and wouldn’t take Jack’s soul and therefore he was not allowed into Hell. He did, however, give him a piece of burning coal to light the way as he roamed. Jack put this into a carved out turnip to use as a lamp and forever roamed the earth alone.

It is basically the tradition that was borrowed from English and Irish traditions. In the early years, this was known as ‘Souling’ where the poor would go around to households and offer songs, poems and sometimes a trick in exchange for food.

Love was also seen in the air as young women used yarn in the hope that the name of their future husband or his appearance would appear. They used mirrors, tarn, and apple parings to make their trick successful. Some cooks also put rings into mashed potato and the lucky man who got it was destined for marriage.

When Halloween arrived in America this became known as ‘Trick or Treat’ today which is a fun tradition for kids to collect candy from households.

However, in late 1800, Halloween was converted into an event that was more about community and not something related to pranks, ghosts or witchcraft. That is why people started to organise different types of parties and assure that they could have some fun while remembering the actual spirit of Halloween. 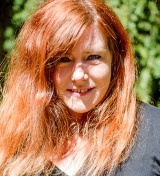 Denise McCabe is a children’s book author and blogger. She resides in Dublin with her husband and two children. When she gets time, her favourite pastime is writing and reading with a cup of tea at hand. Her ultimate goal is to see her children grow up in a happy environment and live content, peaceful lives while trying to stay sane in the meantime You can discover more about Denise here: http://author.to/DeniseMcCabe