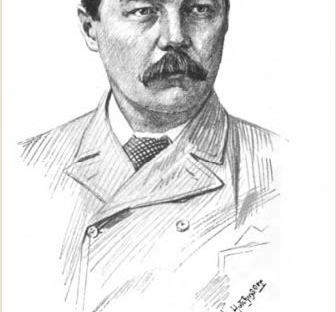 In September 1912 Charles Dawson, a respected country lawyer, made a shocking discovery. He found a prehistoric humanoid skull in a gravel pit near Piltdown Common, Sussex. The skull proved Charles Darwin’s 1859 Theory of Evolution. Or did it?

Dr Arthur Smith Woodward of the British Museum joined Charles Dawson on his archaeological dig. Together, they found fossilized bone fragments, flint tools and fossilized teeth. Experts were called in and they confirmed that Piltdown Man was half a million years old and the missing link between ape and man, a fact they announced to the British public on 18th December 1912. 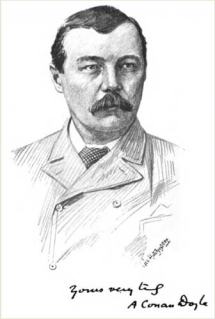 However, in November 1953 a group of palaeontologists tested the skull and pronounced it a fake. The skull was indeed human, but the teeth and jawbone came from an orang-utan.

Who perpetrated the hoax? The prime suspect is Charles Dawson, a man ambitious to prove his credentials as a geologist. But what of Sir Arthur Conan Doyle (pictured above), a man interested in science, a neighbour of Dawson’s and the creator of Sherlock Holmes? Did Conan Doyle perpetrate the hoax and thus create a real-life mystery? 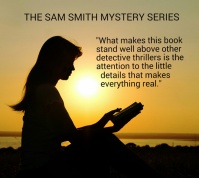 Hannah Howe is the author of the Sam Smith Mystery Series, the Ann’s War Mystery Series and the #1 international bestseller Saving Grace. Hannah’s books are published by Goylake Publishing and distributed through Gardners Books to over 300 outlets worldwide. Her books are available in print, as eBooks and audio books, and are being translated into ten languages. You can discover more about Hannah here: www.amazon.co.uk/Hannah-Howe/e/B00OK7E24E