On 21st December 1911, a French anarchist gang made history by using the first getaway car. The car, a 1910 Delaunay-Belleville luxury limousine (pictured), registration number 783-X-3, was stolen on 14th December 1911 by four members of the gang who changed the plate to 668-X-8.

They left the car in Dieppe, which suggested to the police that they had fled across the channel. However, they were still in France. In hiding, they opened the satchel and discovered 5,126 francs while the briefcase contained 130,000 francs-worth of useless cheques and bonds. If only they had looked inside the messenger’s jacket where they would have discovered a wallet crammed with 20,000 francs. 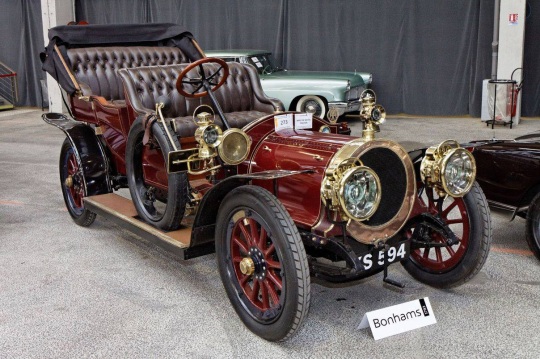 Hannah Howe is the author of the Sam Smith Mystery Series, the Ann’s War Mystery Series and the #1 international bestseller Saving Grace. Hannah’s books are published by Goylake Publishing and distributed through Gardners Books to over 300 outlets worldwide. Her books are available in print, as eBooks and audio books, and are being translated into ten languages.

“The author beautifully takes the reader in and out of clues and red herrings, never giving enough to see where this is heading, which heightens the mystery.”

“The story pulled me in and wouldn’t let go. I never saw the twists and turns in the plot coming.”

“The touch of humour throughout the book makes the story vibrant.”

“Howe’s books are bright, breezy and short enough to read in a couple of sittings. They are hard to put down.”