Christmas in the Victorian era differed considerably from the Christmas we celebrate today as these extracts from the Glamorgan Gazette reveal. In 1876 the Gazette reported that: ‘The Sunday Schools belonging to the Calvinistic Methodists in this district held a meeting on Christmas Day at Cornelly, to recite portions of “Hyfforddwr Charles.” The following schools took part: Kenfig, Water Street, North and South Cornelly. The meetings were held at two o’clock and six o’clock in the evening. The scholars were questioned by the Rev. J. T. Jones of Marlas House and the answers were very satisfactory’. 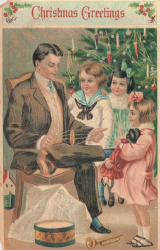 Meanwhile, in Kenfig Hill: ‘Meetings were held at Elim Chapel on Christmas Day for the purpose of encouraging the young people of the place in worthy exercises. A meeting was held at two o’clock, consisting of recitations and singing by the members of the Band of Hope. At six o’clock a literary meeting was held and prizes were offered for singing, reciting, lecturing, prose and poetry. The prizes consisted of various interesting books. The chapel was crowded, and the whole proceedings turned out quite a success’.

In 1881 the Gazette stated that: ‘The churches in this parish (Pyle and Kenfig Hill) were tastefully decorated for Christmas with holly and evergreens by Mrs Davies the Vicarage, Mrs Morgan, Marlas, and numerous friends. At the morning service on Christmas Day the Vicar preached, taking for his text St John iii, 16. After the service Holy Communion was celebrated. In the evening the Vicar again preached from Timothy i, 15. On Thursday evening, December 29th, a special service was held for catechising the children of the Sunday School and presenting them with prizes for good conduct during the year. A similar meeting will be held in Welsh next Tuesday evening’.

The festive season is traditionally a time of over-indulgence, but if you are thinking of consuming one glass too many this Christmas, you might like to consider these cautionary tales of our ancestors.

In August 1875 Frederick Bryant, a haulier from Cefn Cribwr was so drunk that he fell off his horse in Park Street, Bridgend. Totally legless, he was unable to support himself or his horse and he was fined 15 shillings for his trouble. 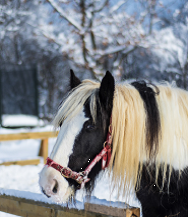 Alternatively, consider Rees Rees, a carpenter and the Mayor of Kenfig who, in April 1867, was found splashing in a pool of water by the roadside. As PC Beynon approached, he heard the mayor cry out, ‘O, God, save my life!’ At the subsequent court case, PC Beynon reported that the mayor was ‘very drunk’. The mayor, himself a magistrate, received a fine of 20 shillings with costs of 9 shillings tuppence.

Finally, in July 1869, the Glamorgan Gazette reported the following exchange of views: Magistrate, ‘What brought you here, sir?’ Prisoner, ‘Two officers, please, Your Honour.’ Magistrate, ‘Then I suppose liquor had nothing to do with it?’ Prisoner, ‘Yes, sir, they were both drunk!’

Mansel Jones has been researching and writing about medieval history for the past forty years. He is an acknowledged expert in his field and academics and universities seek his views. He is the author of A History of Kenfig, Pendragon and Tangwstyl.You can discover more about Mansel on the Mom’s Favorite Reads website here:https://moms-favorite-reads.com/moms-authors/mansel-jones/