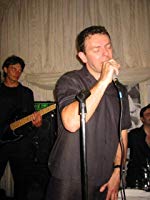 For ten years, during most of the nineties and into the new millennium I fronted and managed a seven piece function band called Superfly, initially performing locally (I hail from Watford in Hertfordshire) with 60’s soul and 70’s funk hits, we evolved to cover a wide spectrum of music catering for all manor of parties and weddings, pubs and clubs nationwide. The band had an ever shifting line up of seasoned musicians each with a vast and colourful history and as you can imagine we got up to some high jinks. Even though we endeavoured to keep it professional, life throws some curve balls at times. One agent once told me “You are the act on my books that gets the most complaints, but also by far the most compliments”.

One was the Henley-upon-Thames Roundtable Christmas charity ball of 2001, a large auspicious shindig held that year in a sprawling marquee in the grounds of Henley Town hall.

The event was organized by the lovely, bubbly Lisa, who had booked us on several previous occasions and really relished the band. This event was going to be their biggest fundraiser to date, with around five hundred guests, prominent people and business types all suited and booted, and geared up to spend copious amounts of cash on the prestigious auction held during the evening; it had the promise of a rather lavish affair.

My first set back during the week prior was that my keyboard player Paul couldn’t make it, which usually meant he’d had a higher paying offer come in, musicians can be such whores sometimes, so I turned to my ‘dep’ (deputy) list and rang around hoping to find someone who was free, it didn’t take long, Matt was available, a sound choice, he now writes and plays with the multi-million album selling funksters Jamiroquai. That was that sorted then, he knew all the tunes, sigh of relief.

I was propagating a cold, nothing too devastating, I’d sung with all manor of bugs, sore throats and blockages and survived, I usually just took a couple of Sudafed an hour before going on stage and they would clear the airways reasonably enough to produce a nasally rendition of a set and have the bonus of giving me a little lift as well, but this cold got progressively worse and come the day of the gig I could hardly talk let alone sing. Nightmare, I couldn’t get a replacement singer who’d know our repertoire, especially with such short notice, besides it was nearly Christmas, and I really needed the dosh.

If I relaxed, refrained from talking all day, took lots of medication and drank plenty of water, maybe it’ll be all right on the night. It wasn’t, it was worse, nothing but strained rasps grating passed my tortured larynx which made me wince and swallow hard. Damn it, I was buggered.

The show must go on though; I had an audience to entertain after all, and a band relying on me for their supper. Travelling to the venue took around three quarters of an hour from where I lived at the time, Hemel Hempstead. I always arrived first (and was usually last the leave) because I liked to be prompt (freaky for a musician I know) and, I had the cumbersome PA to set up. Lisa came over to greet me buoyantly enthusiastic under the star spangled velvet marquee lining, bound tightly in a sequined pearlescent white ball gown that promised to decimate its stitching with the slightest amount of stress. “I’ve lost my voice,” I managed to hiss owning up to the impending disaster from the off. She either didn’t grasp the fullness of my predicament, or was too hyped up with the occasion for it to register as the apocalyptic event destroyer apparent. “Have a brandy,” she advised assuredly touching my shoulder, “You’ll be fine.” before shuffling away. Brandy! Didn’t she realise I was about to ruin the whole extravaganza, and half a years work organising the bloody thing; this was going to be a disparaging fiasco

A Brandy, as if that was going rearrange the molecular structure of my voice box in thirty minutes, besides I never normally drank anything other than Coke or Redbull when I was working, driving to gigs and such, but desperate times needed desperate measures, the drink might do something, numb the embarrassment perhaps.

The miracle cure, although warming and hearty, did nothing to bring back James Brown and Arthur Conly, so I was fairly anxious by the time the boys arrived, one by one despondently listening to my husky tale of woe whilst setting up their gear on stage with looks of rueful apprehension.

Time to start playing was drawing ever closer and still no voice, out of shear desperation I was forced to ask Matt, who sang back up vocals, and Julian our guitarist, who could also hold a tune, if they knew any of the lyrics. They were familiar with basics for a few songs between them, and what they didn’t know Julian would make up, he was excellent at improv’. They winged it, jamming out the numbers over three forty-five minute sets with Julian adlibbing, playing guitar solo’s with his teeth or behind his head and rapping out a load of nonsense over the mike, it turned into the stupendous Julian show, whilst I danced, played the tambourine and mimed my way through the night without the intoxicated cavorting throng twigging my masquerade. Amazing, it remains to this day the only time that I’ve ever been paid to dance. 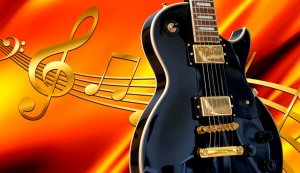 Another December gig that remains indelible on my grey mush was memorable for two reasons, largely due to it being the Millennium New Years Eve party, a triple bubble gig hosted in a large garden of a large house in the money belt village of Oxshott, Surrey.

Again accommodated in sprawling marquee (you get an awful sound in marquees, low frequencies dissipate without walls to resonate off), and rammed with very wealthy patrons in penguin suits and posh frocks.

It was thoughtful enough that the organisers had invited our wives and girlfriends to the party, seeing that it was a once in a lifetime event, us couples should mark the occasion together, very kind, alas not very wise.

There must have been two or three hundred guest seated for dinner around bountiful, beautifully decorated round tables, very high end, money being no object I should imagine, tens of staff fussing and ferreting about making sure that everything was just perfect.

As was always constituted in our contract, we were provided with a hot meal and non alcoholic beverages during a break. Unfortunately there wasn’t a table for us in the ballroom, so we were shoehorned into a corner of the kitchen tent side stage around a small table, along with our cases, coats and all of the dirty dishes, continuously being piled high like rancid tower’s of Pisa directly onto the grass floor.. They did however give us some bottles of Champagne, and to mark the auspicious occasion, well most occasions really, a bag of puff was produced by a band member, usually limited to a few joints shared among the players who smoked, not me, never touched a drop in those days, but certain members of the female contingent with us, who shall remain anonymous through fear of derision, went extensively overboard with the poisons on offer.

We played our second set, all was well, the lubricated hoorays were letting their hair down and shaking off their resolve, where were the girls? Back stage still soaking up the freebies it seemed.

A huge projector screen sided up to the canvas stage left and an image of Big Ben beamed live from somewhere in the room, it was getting close to midnight, the end of the twentieth century, the dawn of the new era, a promise of a brighter, cleaner, technologically advanced existence, a breath of new life, of peace and tranquillity, love for all mankind and harmony with our mother earth.

The revellers gathered around the screen, our women sauntered out from back stage, the tension was palpable, the countdown began, ten, nine, eight…

At the stroke of midnight, the first gong, she who shall remain nameless performed a magnificent projectile vomit the envy of Linda Blair. It striped a table walnut brown and lavished down the centre of her dress a rather ornate pattern. She then duly collapsed against me, crumpling into a heap under some velour cushioned metal chairs unconscious.

There was a brief moment when the stunned world noticed and held its breath, before POW!, the festivities erupted with bellowed shouts of ‘Happy New Year’, kissing, party poppers and rousing chorus’ of Auld lang syine. Not from me, while half the band was curled up with mirth and tortured giggles, I had the horrible job of raising the fallen one and trying to revive and clean her up without any washing facilities on hand, just some paper towel reluctantly given over from the kitchen staff who were hurriedly trying to clear the place. Nobody from the house extended us any assistance what so ever, we were regally ignored, left to get on with it. It occurred to me then that we were just like those discarded plates, essential for a purpose, but hastily abandoned when the music died.

I was annoyed, and embarrassed, and a bit disappointed that I couldn’t be joining in with all the merriment. We still had another set to perform; we were booked until 1:00 a.m. And then we had to pack all our equipment away and face a long drive home, so the disgraced individual had to sit there forlorn in a corner reeking of sick, head lolling on her chest, and fidgeting listlessly, while I had to perform like I was having a grand old time. Note to self, if invited to bring wives and girlfriends along next time, politely decline.

Anthony Randall is fifty-six and hails from Watford in Hertfordshire. He has resided in Tucson, Arizona and Bourlens, France, but now lives in sunny Dorset on the south coast of England by the sea. He has been a singer and song writer for nearly thirty years, recording and performing hundreds pop tunes all over the world. He wrote and self published his first novel ‘The English Sombrero’ with co-author Doug Goddard back in 2005, now released on Kindle and as a paperback through KDP. This book is the first of a four part saga about the trials and tribulations of Don Simmons, an extravagant millionaire who lends himself to some outrageous adventures and sticky situations. Book two ‘The Little White Ball’ see’s Don further his journey of enlightenment and is also available on Kindle and as a paperback. Book three ‘Choice’ is under construction, as is a Thriller entitled ‘Tip of the teaspoon’ and my own novel called ‘Tales of Tucson.’
You can discover more about Anthony on the Mom’s Favorite Reads website here:
https://moms-favorite-reads.com/moms-authors/anthony-randall