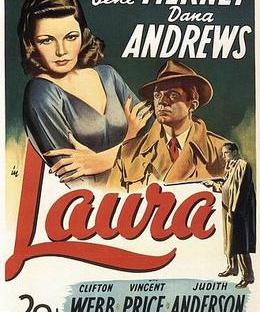 Laura is a romantic detective story with an original plot. It is also one of my favourite films. The film was released in 1944 with a storyline adapted from Vera Caspary’s (1899 – 1987) novel.

The plot centres on hard-boiled detective Mark McPherson and his attempts to solve the murder of Laura Hunt, whose face has been rendered unrecognisable after a shotgun blast. The suspects are wealthy snobs who annoy McPherson as much as he annoys them. Apart from their wealth, the one thing these suspects have in common is that they all loved Laura.

Read more in our magazine