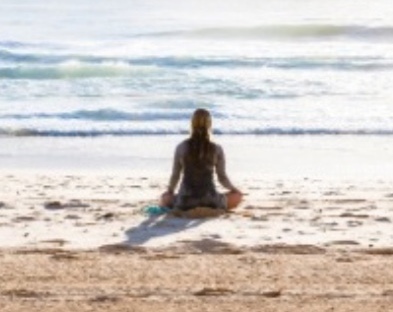 Meditation: Why Do It? by Jill Hughes

Meditation, in its most basic form has been around for eons, in fact. Man, has always, even during his most instinctual struggle for survival, found the time to sit, to question and to ponder on his innermost thoughts and at its core that is exactly what meditation entails – to focus inward.

Some of the earliest recorded meditation practices come from the Hindu traditions of Vedantism and date to around 1500BCE. Meditation, in all its various forms and practices has become an integral part of many philosophies, religions and ways-of- life, over the millennia. One could argue that the purpose of meditation, as defined by many of these early practitioners, is the concept of “following the path to enlightenment” and “self-realization”. This is certainly the case in the Hindu and Buddhist practices. Even Christianity, in the Psalms, instructs us to; “be still and know that I am God.” Being still and focusing inwards is and continues to be a vital ingredient of a happy and heart-filled life.

Read more in our magazine

3 thoughts on “Meditation: Why Do It? by Jill Hughes”