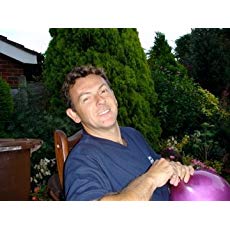 Anthony Randall hails from Watford in Hertfordshire. He has resided in Tucson, Arizona, and Bourlens, France, but now lives in sunny Dorset on the south coast of England by the sea. He has been a singer and song writer for nearly thirty years, recording and performing hundreds pop tunes all over the world. He wrote and self published his first novel ‘The English Sombrero’ with co-author Doug Goddard back in 2005, now released on Kindle and as a paperback through KDP. This book is the first of a four part saga about the trials and tribulations of Don Simmons, an extravagant millionaire who lends himself to some outrageous adventures and sticky situations. Book two ‘The Little White Ball’ sees Don further his journey of enlightenment and is also available on Kindle and as a paperback. Book three ‘Choice’ is under construction, as is a Thriller entitled ‘Tip of the teaspoon’ and my own novel called ‘Tales of Tucson’.

Nothing to do but run (book 1) – Literary Fiction, Sports, Humor

“The book is full of humor, poetic metaphors as well as detailed information on nutrition, sport and fitness.”

“The story is a heart-warming, enlightening journey which takes the reader behind the scenes of the world of soccer and introduces a wealth of characters – all colourful and with many surprises.”